Australian champion Casey Stoner fell off the proverbial cliff after recording another routine victory at the opening round in Qatar. No one could figure out why. In qualifying, he’d still beat everyone, frequently by more than a half-second. Following the spectacular failure of the Catalan Grand Prix, Stoner made the unexpected decision to take a mid-season break.

At first, it was thought to be burnout. Return after a round or two of rest. The truth was significantly more complicated. Stoner was diagnosed with Chronic Fatigue after multiple tests and consultations back in Australia.

The Queensland-born champion went public with his CFS diagnosis and opened up his painful battle.

Speaking to a show, Stoner said he first began feeling symptoms of the syndrome in 2018.

“I very quickly went downhill and started to get some extreme symptoms and struggled to get out of bed and get to the couch,” he said.

Casey said people could not see the diagnosis because it’s not a physical element, so people aren’t taking it seriously. He said Chronic Fatigue Syndrome has no cure to date.

“Currently, we have no cure, and we don’t have enough information on things that can help.

Casey got positive feedback after telling the public about his CFS. People are willing to help recognize and understand the situation.

“I hope other people out in the world can get support, and this is what we’re doing.”

The devastating impact of Chronic Fatigue on Stoner’s Life

In a press conference, Australian MotoGP legend Casey Stoner has opened up about his painful battle with chronic fatigue syndrome to address his three-year absence from the sport.

Stoner retired from MotoGP in 2012 after winning the title in 2007 and 2011. He said that the ongoing effects of his chronic fatigue forced him to retire.

Casey described the devastating impact his chronic fatigue diagnosis had on his life. The two-time world champion claims he “couldn’t get off the sofa literally for five months.”

Stoner continues to deal with his terrible chronic fatigue syndrome condition, which has wiped him out entirely in recent years. He still has sore throats, headaches, extreme exhaustion, and trouble thinking.

The 36-year-old said the syndrome left him feeling ‘I’m never more than 60 percent of my usual self.’

Casey learned to walk everywhere, which he hated. He always used to jog just around, but now he has to walk.

“Since I finished my testing role with Ducati, I got my shoulder reconstruction, and that was fantastic. I’ve struggled massively with my health.

Casey said that he got to the point where he couldn’t get off the couch for five months. From bed to the couch was his exercise for the day. Stoner said he couldn’t explain or understand anything.

Stoner married Adriana Tuchyna, in 2007, with the couple having two daughters, Alessandra and Celaya.

He said he was tremendously lucky to have his family’s support in the years after his diagnosis. Stoner is now at a point where he thinks he can better manage his life.

“Mentally, I was struggling. Physically, massively. I have just been trying to manage the situation for the last three or four years now.

Casey learned about conserving energy and getting through each day. It makes him better and reduces the effect of the issue.

The most common symptoms are a complete lack of energy, together with an acute state of depression and, very frequently, acute muscular and joint problems. Over-exercising or heavy activity increases the symptoms.

Doctors have told him that his weariness after his racing career created the disease he now has to deal with daily.

It’s easy to see how Stoner’s unexpected retirement explosion occurred when racing an incredibly demanding bike like the Ducati. Critics questioned his mindset, claiming he no longer wanted to compete as hard as his competitors. The fact is that he couldn’t race because he was physically and emotionally unable to do so, and he needed to rest away from Grand Prix racing.

Is Casey Stoner Going to Return To MotoGP? 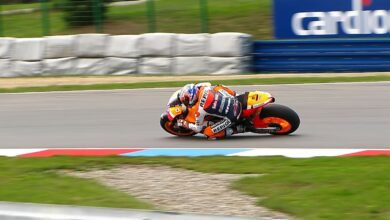 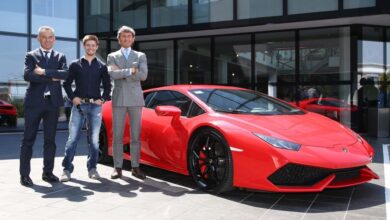